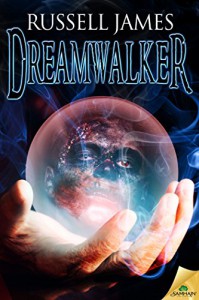 Pete has the ability to live both in the real world and also his dreamworld, Twin Moon City. At the latter he has amazing adventures with a mystery blonde but doesn't realise the powers he possesses as a dreamwalker in this realm. Fate draws him to Atlantic City where St Croix, a voodoo demon possessed drug lord, is looking to destroy him both in the real world and in Twin Moon City.

This one was a really enjoyable read, the premise and world building were unique and I was pretty hooked from the first few chapters. Pete is a very likeable main character and is well supported by an array of nicely fleshed out minor characters who all add something to the story. St Croix is a nasty piece of work and his actions are chilling in how vicious he will be to get what he wants.

The pacing is fairly fast and the writing engaging enough that it was hard to put down at times. The only small niggles I had with this was the fact that some things were tied up too neatly at the end. Whilst I thought some elements of the story were taken care of too easily towards the end I do give the author major props for not copping out to a happily ever after ending.

I would recommend this and will look at some other work by the author.