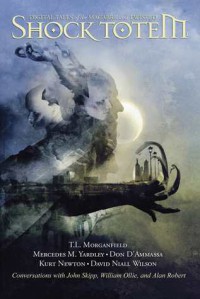 Collection of short stories, poems, interviews and reviews. Quite a good start to the series which had a couple of stand outs, most of the stories were good but I had no interest in the interviews with John Skipp, Alan Robert and William Ollie.

The Dead March - Brian Rappatta - Young Aaron has a strange gift which he decides to use on his abusive father.

Thirty-Two Scenes From A Dead Hookers Mouth - Kurt Newton - Horror version of Memento that stays with you.